Stability of the operating system

The selection of hosting sites among Windows and Linux is based on the technology war. It depends on your aim of using the server. In the current article, the differences between Windows and Linux hosting are discussed briefly. The critical factors influencing the comparison, such as security, stability, and cost, are notable for business users. Let’s talk practically if you ask any administrator about the differences between Windows and Linux hosting servers, the immediate response you will have is the stability. Compared to Windows servers, Linux servers are considered more safe and stable. Most of the configuration changes can be managed without rebooting the central server.

On the other hand, Windows servers are unstable while having multiple tasks, database, file, and web servers. If you would try to add several scheduled tasks and separate applications, the server will respond in a worse condition. So, if you want to anticipate your working solution with 100% efficiency, working with Linux servers is best. Linux has better security services; recent BitLocker hacks have emerged Linux can cover cyber-attacks. As all of these hacking attacks have been found thriving on the Windows server instead of Linux. Domination of desktop markets has made Windows servers vulnerable and attractive targets for hackers.

Reliability is a critical factor for the success of any web host. It indicates the strength and working capacity of any hosting server. The safety of Linux servers is its strength for better usage. Linux does not require rebooting, as there is a huge number of Linux servers that are not rebooted for many years. It’s nearly impossible to find any windows server that has not been rebooted for a longtime. Technical support also depends significantly on the selection of web hosts. It’s much important to discuss your specific requirements and needs with the server through their support site. This will let you glorify how much the service provider will satisfy you.

Windows servers are mainly used in large cooperative environments. Windows server is also used as an Exchange server and SharePoint. If you are intended to use Microsoft software, then it’s better to use the Windows hosting site. Linux hosting services can configure email addresses and software packages like PHP, FTP, Apache, and MySQL. These features are useful for beginners and help them to advance the setting and managing of servers.

Using cPanel is a better approach to manage multiple domains on a server. It is also productive and straightforward to manage disk space for these domains. I would prefer to recommend all other users to use cPanel for better management of domain and disk space. Linux servers are considered cost-effective. Many of them are running on the same hardware type for more than 10-years that helps in leading the production cost. The slow rate of continuously changing the server can help to keep it cheap and affordable with the best features.

Understanding these differences is important when you are shortlisting the best website hosting services for your website. 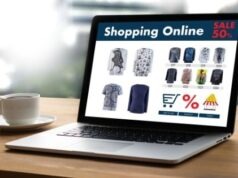 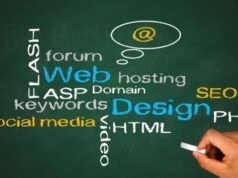 7 Expert Tips on How to Create a Blog Using WordPress

Keep Your Belongings Safe Stylishly With a Kilim Backpack

10 Farming Business Ideas Which You Can Start Now

Keep Your Belongings Safe Stylishly With a Kilim Backpack