While two epidemics flare up in the world: crisis and coronavirus, we continue to monitor the most interesting news from the field of cryptocurrencies. Today we have compiled for you a selection of the best news for the last few days. Do not forget to wipe your hands with an antiseptic, wear masks and go out as little as possible.

Crimes in the crypto industry will be tracked by interpol

The international police, together with S2W LAB from South Korea, plans to stop illegal activities in the darknet and cryptocurrency industries.

Police note that the lion’s share of illegal activities in darknet is carried out using anonymous cryptocurrencies. It is already known that Interpol has signed an agreement with an organization from South Korea, which now commits itself to supply data.

Note that fetching information from darknet is not an easy task and many criminals remain at large.

S2W LAB itself has been exploring huge datasets from darknet since 2018. The basis of their activities is an analytical mechanism based on artificial intelligence. A company can examine data and establish a relationship between time periods and domains.

S2W LAB Technical Director noted that cybercrimes are difficult enough to solve. Especially cryptocurrencies interfere with this. However, they intend to assist in international investigations of Interpol.

It is worth noting that in 2020, Interpol began to fight with the hidden miner Coin Hive.

Ernst & Young, Japan, is developing a SAKE Blockchain platform that will track the sake beverage supply chain. This is necessary in order to deal with “scorched” foods.

EY Japan reports that the system will be deployed in Hong Kong and Singapore, which are well placed on blockchain technology. Soon this system will be used in other countries of Asia.

An EY consultant noted that blockchain technology will be used both to record and track information about the origin of products, production conditions and the supply chain to the final point of sale.

Moreover, the system will contain data on the storage temperature of the product.

Using the QR code, it will be possible to obtain information about the ingredients included in the sake, as well as the manufacturer. Data will be available in three languages: Chinese, English and Korean.

The main objective of SAKE Blockchain is to ensure the authenticity of sake and prevent the sale of counterfeit products.

Crisis will make Bitcoin only better

COO Genesis Mining Philip Salter is confident that the economic crisis will give a strong impetus to the development of bitcoin.
Recently, xrp price prediction the cryptocurrency market has been swinging quite steadily from side to side, and Salter is confident that mining companies are involved in the depreciation of bitcoin.
The lower the rate, the greater the desire of miners to sell bitcoins. So the course is getting even lower. And this will continue exactly until the miners leave the market to restore it.
But Salter is confident that the economic crisis will positively affect bitcoin. This is because this cryptocurrency will be used to hedge risks.

The Tezos Foundation has assets of $ 635 million, of which, in the second half of the year, $ 37 million was spent on grants to ecosystem developers.

During the ICO, which took place in 2018, the company managed to raise only $ 232 million. Financial Director of the Tezos Foundation Roman Schneider reports that the organization’s capital growth was caused by the growth of the entire cryptocurrency market.

He noted that since August 2019, Tezos ecosystem developers have received $ 37 million in grants. These grants were divided into three categories: development and research, creation of ecosystem projects and community support.

Teams that wanted to receive a grant were required to go through a very complicated selection process. Applications will be considered by several commissions simultaneously. There were 200 applications in total, 78 of which received approval.

Tezos communities received $ 13 million. These teams were involved in marketing the project, conducting meetings and hackathons.

He created a pyramid, but because of the coronavirus he wanted to be free

Alleged BitClub Network crypto pyramid operators filed a lawsuit in New Jersey and asked for their release because of the coronavirus epidemic.

Matthew Getche and Jobadia Weeks filed petitions with the Newark Correctional Facility and demanded release. Getche’s lawyer noted that a virus that infiltrated a prison could infect everyone.

Weeks reports that the facility where they are located has poor health statistics. As evidence, he used the words of an inspector from the US Department of Homeland Security.

It is worth recalling that Getchet and Weeks were arrested in December 2019. They are accused of creating the fraudulent BitClub pyramid that existed since April 2014 and closed in December last year. The damage these guys did is $ 722 million. 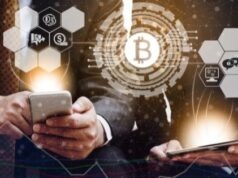 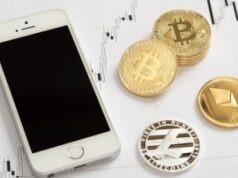 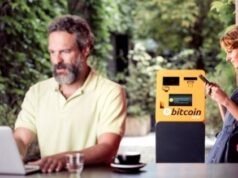