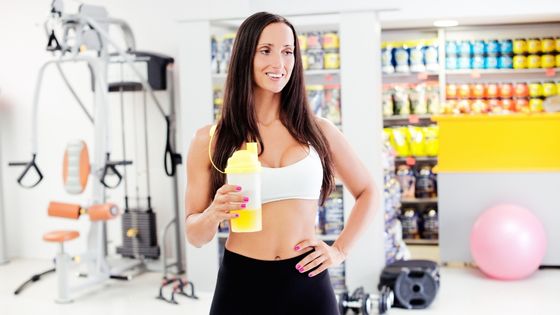 Caffeine has been a popular fitness supplement for decades. Caffeine as part of a supplement and in food and drink both affect the neurotransmitter adenosine, but you eat or drink the latter as a key ingredient in food or drink. The difference is that anhydrous caffeine has all the water and other chemicals removed to leave behind pure caffeine. Plus, caffeine in a supplement has a consistent amount with every serving.

While you know that caffeine stimulates the central nervous system, what you may not know is that it improves endurance and muscular strength. In fact, it seems to benefit trained athletes the most when it comes to high-intensity exercise, but it doesn’t mean beginners can’t reap its benefits.

Citrulline malate, L-citrulline or simply citrulline, is a nonessential amino acid your body produces and which your kidneys turn into L-arginine. It increases the levels of nitric oxide you have in your body, which causes vasodilation. That causes relaxation and widening of the inner blood vessels to improve circulation.

Why is it useful for fitness? It helps deliver blood, oxygen, and nutrients to the body efficiently. As a pre-workout supplement you take a half-hour before training, it decreases fatigue and gives you a faster recovery time, allowing you to make the most out of your workout.

Another nonessential amino acid your body naturally produces, Beta-alanine is just as important as a fitness supplement. That’s because it creates the compound carnosine, which improves muscle endurance and increases energy capacity during high-intensity, sprint, and strength exercises. Carnosine acts as a buffer in the muscles to delay the onset of lactic acid, which you know as muscle fatigue and failure. But taking Beta-alanine allows you to exercise longer and avoid central fatigue, or fatigue of the nervous system, so you don’t end up performing sets at a much lower capacity when you want to max out.

Beta-alanine also has anti-oxidant, anti-aging, and immune-enhancing properties that improve cognition and decrease anxiety and depression, so your workout isn’t hindered by negative emotions. Your body changes it into protein to help create lean muscle, too, so you get better overall health inside and out.

In the cold mountains of Europe and Asia, there’s an herb known as Rhodiola, also called arctic root or golden root. Its roots are adaptogens, meaning they help your body adapt to stress when you consume them. It’s also been a popular remedy in Russia and Scandinavia to fight depression, anxiety, and fatigue.

Burnout can happen from chronic stress, and since Rhodiola helps against stress, it also improves symptoms of burnout. Exercise burnout is a real thing and symptoms include reduced performance, productivity, low motivation, and fatigue. Burnout tends to happen with nonaerobic (strength) exercises, so Rhodiola is especially useful for helping people overcome it.

You already know that exercise boosts feel-good chemicals like oxytocin, endorphins, serotonin, and dopamine. But most people only hear about dopamine when it comes to people with conditions such as Parkinson’s, where their dopamine levels are low.

Dopamine is important as a neurotransmitter and hormone for memory, movement, and mental health. It is part of your internal reward system that gives you pleasure in return for doing something and gives you the motivation to keep doing it. Have enough dopamine and you’ll feel more competitive and focused.

L-dopa (levodopa) is a precursor to dopamine and crosses the blood-brain barrier. The natural precursor for dopamine is normally tyrosine hydroxylase, but L-dopa converts to dopamine much faster. It boosts your brain health and acts as a heavy metal chelator. By taking it, you get better cognitive function, mental alertness, and motivation. You also get faster movements and fewer tremors and stiffness, which tends to happen with muscle fatigue.

Fitness supplements can really boost your workouts to give you better performance and faster recovery time. While there is a huge variety of them, it’s important to choose the one that is the most consistent and beneficial for anyone. People in the fitness industry are an inspiration and help spread the word about supplements to the general public. They show that the better you feel, the more you can do and the farther you can go in your fitness journey. 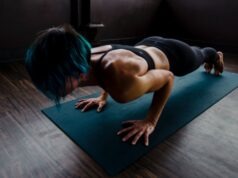 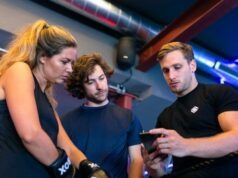 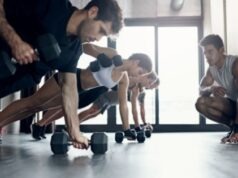 Money Back Review – How It Has Emerged as One of...

Ellis and Burlington Review – Why Use It for Funds Recovery...

Unconventional Pizza Experiences Around the World

Money Back Review – How It Has Emerged as One of...

Ellis and Burlington Review – Why Use It for Funds Recovery...