As people progress in life, they have become more inclined to keep themselves in sound health. They are switching to more nutritious products. One such is from milk to non-dairy products, which are being made by various people worldwide. It has made the consumption of Soy Milk very popular.

Even the USSEC has agreed that Soy Milk is one of the highest protein-rich plant-based foods. It has various health benefits for people of all ages. Like almond and rice, milk soy can be useful as a substitute for dairy milk. It can be a choice for many, especially lactose intolerant or vegan, or avoid dairy products. 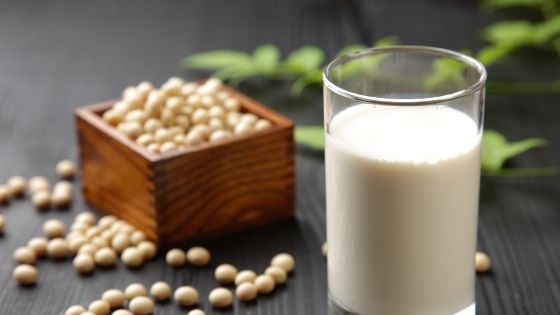 By soaking, grinding, and boiling the Soybeans with water, you can prepare soy milk. Its origin is in China but is getting popular in the Japanese and western counties as well. Being one of the most nutritious drinks, it keeps the body at an optimum level and helps its proper functioning. Add to your food products or replace dairy milk with it, though the taste, color, and odor vary greatly. So, without further ado, let’s have a look at the seven amazing facts about soy milk.

1. It Keeps Your Heart Healthy

Soy milk contains various nutrients and minerals that maintain your blood’s cholesterol level. Keeping the cholesterol level in control reduces the risk of all heart diseases, lowers blood pressure, and regulates the pulse. A study carried out in 2015 proved that regular consumption of soy milk lowers triglycerides, LDL cholesterol and enhances FDL or high-density lipoprotein in the blood. This, in turn, lessens cardiovascular issues.

2. It Does Not Lead to ‘Man Boob’ Growth

There have been various rumors that Soy Milk leads to an increment of the chest (breast and pectoral) among men. These rumors, after many studies, proved out to be false. The estrogen compounds of the soy do not get linked or cause any hormonal changes. Thus, many people switched to Soy milk after knowing that it doesn’t induce lactation in men.

3. Reduce the Risk of Cancer with Soy Milk

While there were also various rumors that soy increases cancer risk, especially breast cancer in women. If rodents consumed a high level of isoflavones (a supplement found in soy), they were likely to develop breast cancer. The same was being thought of for humans as well. Later on, various studies analyzed the benefits and harm caused by Soy products. Results showed that soy does not lead to an increase in the risk of cancer. On the contrary, soy decreases the risk, particularly breast cancer in women, and increases cancer survivors’ mortality if consumed in the right amount.

People, especially mothers, become very cautious when it comes to kids. So, if your child cannot tolerate cow milk, switch to soy milk as it has a high amount of dietary protein, Vitamin B, minerals like iron and zinc. It is free of cholesterol and low in saturated fat, which makes it easily digestible. The presence of amino acid L-methionine and soy protein isolates have made this milk extra nutritious. Its lactose-free nature does not lead to any vomiting or stomach ache, or flatulence in the infants.

Amino acids are the building blocks of protein, and soy milk is a complete protein food with nine of the 20 amino acids. These are valine, histidine, tryptophan, leucine, methionine, lysine, isoleucine, threonine, and phenylalanine. By consuming soy milk every day, your body can get these essential amino acids quickly.

People all over the world worry about their increasing weight as obese are more prone to various diseases. To lose weight, people do a lot of dieting to lose weight, which can be harmful to some people, leading to much weakness in their bodies. Switching to Soy milk helps you cut off much sugar and fatty acids. This can lead to a drop from a few to many pounds. Also, Soy milk has enough fiber. It gives you the benefits that keep you energetic and active throughout the day.

Who doesn’t love to have flavors and varieties while they eat? It generally happens that the food that has excellent nutritional value has a not so delightful taste. With soy, even that worry runs away as soy milk comes with different flavors in recent times. This also makes it very easy for mothers to make their kids consume milk. Not only kids but adults also gulp down soy milk at one go.

These days, the marketing of soy milk takes place everywhere as a healthy alternative to dairy products. All kinds of soy foods, including soy milk, are entirely safe and healthy, said American Cancer Society’s Marju McCullough, their Nutritional Epidemiology’s strategic director. But soy supplements have more isoflavone, which is not suitable for health. Thus, from obesity to hypertension, soy milk is a smart choice for health issues when consumed right. Stay away from overconsumption, as overdoing anything can be detrimental to health. 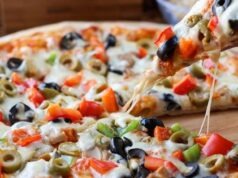 Unconventional Pizza Experiences Around the World 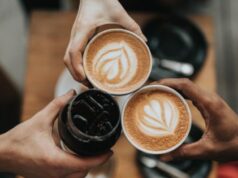 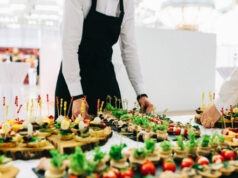 7 Questions to Ask a Event Caterer Before Hiring Them