“What started as a harmless hobby transformed into a life-destructive addiction. One that got me dismissed from airforce and ended my marriage.”

Robbie Martin, 35, glumly expressed to his psychotherapist. Continuing his narrative, he said:

“I come from a small town in Atlanta. There wasn’t much for us to do besides the weekly gatherings at the park. I remember my father bring PlayStation home one day. It was the coolest thing I have ever seen. 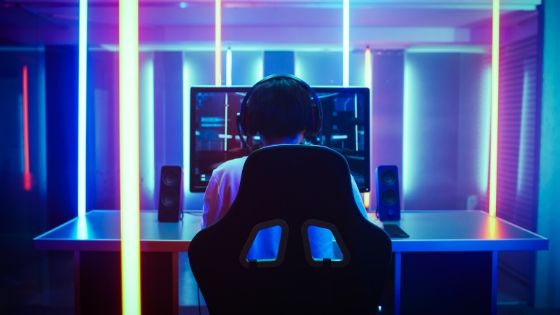 Slowly, it took control of my life. My social life kept fading away, and I didn’t even realize it!It was events like unexpected divorce and dismissal from airforce when I got to know I’ve messed up my priorities.”

A close inspection of his case led the doctor to diagnose Robbie as suffering from severe “Gaming Disorder.” It is a condition characterized by impaired control over gaming.

The patient prefers gaming over other activities to the extent that gaming takes precedence over their daily activities.

As per the online video game stats, about 1 – 10% of the gamers have compulsive addiction issues. They end up losing control of the physical world, handing the charge to machines. Consequently, the community suffers from the decay of meaningful relationships.

But does it mean we should abandon this paradigm of entertainment altogether?

A peek into the sunny side!

Despite constant offense, some researchers deem video games to be the splendid outcome of technology. They tend to promote healthy living and increased social activity through multiple avenues. Games like Call of Duty and Clash of Titans forge friendships that last for a lifetime.

What we need to learn is how to take a balanced approach in this region. As the adage goes, even nectar is poison if taken in excess!

You must know when to quit or put your controller down. And once you have a thorough idea, plunge in to reap the following rewards:

Jane McGonigal, the famous game developer and researcher, stated in her TEDTalk, games are out-of-the-box problem solvers. Players spend 80% of their time failing and retrying at a game. They try hard to correct their failures and learn to accomplish the task by hook or by crook.

When a child plays games like The Angry Birds or an adult has a rough match with his buddies in PubG, it tugs at their brain cells. They train their brains to come up with creative ideas to solve a puzzle and escape the misery. Besides this, several components of the video games also enhance the learning skills of the player.

A researcher named Vikranth Bejjanki performed a few experiments upon students. They asked two groups of experienced and non-experienced gamers to perform perceptual tasks like pattern discrimination. The former ended up outperforming the latter with their creative solutions to the problems.

Playing video games affects the part of the brain responsible for spatial orientation, information organization, and motor skills.
The University of Toronto found in a study that people who play video games regularly perform better in sensorimotor tasks. This is particularly true for people who play shooter video games.

Playing these games improves the player’s capacity to think about objects in three-dimension.

Such games require the player to keep track of the position of the character, its speed, the aim of their guns, and whether it will shoot the enemy. The player has to coordinate the brain’s interpretation and reaction with hand and finger movements.

This entire process asks for a great deal of hand-eye coordination with visual-spatial ability to be successful. In real-life, active gamers have a better tendency to make correct split-second decisions as compared to the non-gamers.

A considerable lot of parents and educators blame video games for sucking their kids in the electronic world. They believe pulling them out of this zone is virtually impossible, and it is distancing them from the real world.

While we agree with this stance to a certain extent, but there is an equally convincing counter-argument that compels us to think. For instance, Griffiths et al. (1997) noted that MMORPG’s (Massive Multiplayer Online Role-Playing Games) are providing many gamers with an opportunity to develop lifelong friendships.

Further research in this area has discovered that video games can help to develop cooperation and supporting skills. Players have an option to work together and form an alliance. Even when they are fighting against each other inside the game, they may be developing stronger ties when they meet each other at the workplace or schools.

When a person is playing video games, he/she is not just staring at the screen. The activities on the screen force them for some acute mental stimulation. Skilled gamers mainly use their frontal cortex, according to Sergio’s fMRI studies. It is an area of the brain specialized for planning, attention, and multi-tasking.

Let’s take the example of a strategy game like Black Jack by Unlimited Gamez Mo. You play against the server, and there may be an unexpected card on its pack that emerges when you are about to win. It compels you to come up with a trick, trump the server cards, and succeed within the expected time frame.

As your age advances, you feel like your ability to multi-task gradually disperses. However, you can retain it by playing video games. A new UCSF study successfully perked up the multi-tasking skills of participants between 60 and 85 years. They became as effective at multi-tasking as 20 years old.

Parting Thoughts – an exciting gaming dose will uplift your spirits!

Brief research about the dark side of gaming will help you to understand its grave consequences. Therefore, moderation is the key to make sure you earn the rewards of this form of entertainment. No matter how much you love a game or how intense your match is, you should learn when to quit.

And as you regulate yourself, the power of gaming therapy to cure those creepy episodes of stress will astound you! 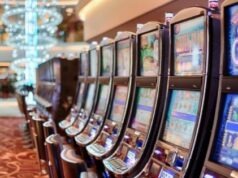 Should You Play Skilled or Non-Skilled Casino Games? 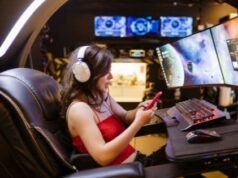 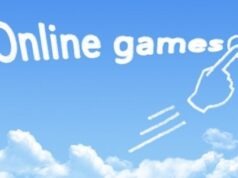 7 Online Games That Bring Back Your Childhood Memories

Why SEO is Important for Your Business